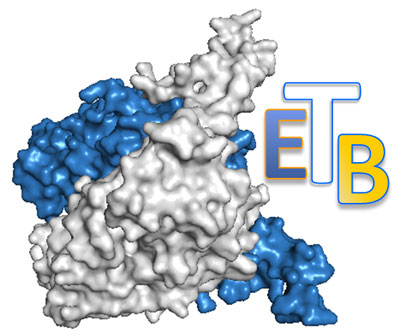 Trends in Enzymology and Biocatalysis 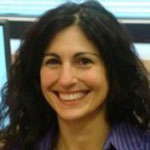 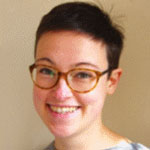 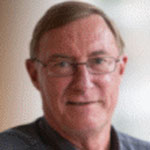 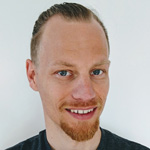 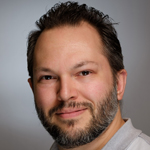 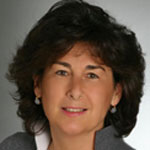 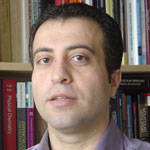 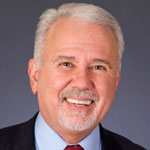 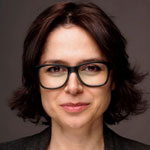 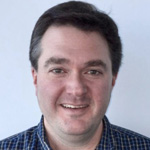 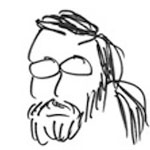 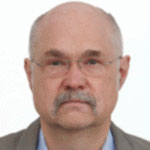 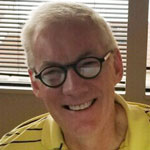 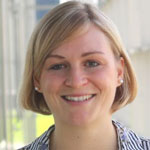 Karen N. Allen received her B.S. degree in Biology from Tufts University and her Ph.D. in Biochemistry from Brandeis University, where she studied with the renowned mechanistic enzymologist, Dr. Robert H. Abeles, focused on the design, synthesis, and inhibition kinetics of transition-state analogues of esterases. Following her desire to see enzymes in action she pursued X-ray crystallography as a post-doc in the laboratories of Drs. Gregory A. Petsko and Dagmar Ringe at MIT and Brandeis. Since 1993 she has led her own research team at Boston University where she is now a Professor of Chemistry. Dr. Allen's research, summarized in over 100 publications, has focused on the elucidation of enzyme mechanisms with an eye toward enzyme evolution and design of therapeutic inhibitory ligands. Within this context, her laboratory has used biophysical methods to plumb the basis of enzyme-mediated phosphoryl transfer and decarboxylation reactions.

Serena Bisagni completed her MSc in Industrial Biotechnology from the University of Pavia, Italy, in 2010 and then moved to Lund University, Sweden, for her postgraduate studies. In 2014 she obtained her PhD in Biotechnology focused on the identification of new Baeyer-Villiger monooxygenases for fine chemicals synthesis within the Marie Curie Innovative Training Networks (ITN) ‘Biotrains’. From 2015 Serena joined Johnson Matthey where she is currently Senior Biochemist. Her main interests cover enzyme discovery, engineering and high-thoughput screening techniques to deliver biocatalysts for the synthesis of active pharmaceutical ingredients and fine chemicals.

Professor Blanchard received his Ph.D. in Biochemistry under the mentorship of the noted enzymologist W. W. Cleland. His laboraory has studied over 100 different enzymes, and have published over 190 peer-reviewed articles on these enzymes. His laboraory uses all of the modern methods in enzymology, including steady-state and pre-steady-state kinetics, various spectroscopies and calorimetries and three-dimensional structure to understand the chemical mechanisms of these enzymes. We have also had a significant interest in defining the mechanisms of resistance to antibiotics. These studies have included mechanisms of resistance to aminoglycosides, fluoroquinolones and most recently β-lactams in TB.

Tim Börner completed his Master in Biotechnology at the Technical University of Braunschweig (Germany) in 2011 and holds a PhD in Biocatalysis/Biotechnology from Lund University (Sweden, 2016). His PhD topic was part of the EU FP7 Project BIOINTENSE that focused on the process development aspects for chiral amine synthesis using amine transaminases (including enzyme inactivation mechanisms studies, deriving stabilization and engineering methods as well as performing integrated process design). In 2016, Tim joined Nestlé Research (Lausanne, Switzerland) where he is currently Specialist in Enzyme Technology. His interest and activities range from enzyme discovery and characterization methods, to enzyme engineering and bioprocess development within the food, nutrition and healthcare industry. 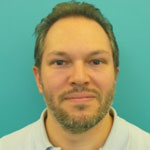 Francesco is scientific leader with many years of experience in applied biocatalysis. His passion is to develop novel enzymatic processes in an application-driven setting, to achieve innovative chemistry and make a real impact on people’s lives. He graduated in Pharmaceutical Biotechnology at the University of Milano Bicocca (Italy) and was awarded a PhD in Biology from the University of York (UK). I have an all-round knowledge of industrial biocatalysis, from molecular biology to bioprocess development, acquired working on the EU project Oxygreen at the Dept. of Bio-Chemical Engineering (TU Dortmund) in collaboration with Evonik Industries. He then moved to industry and worked for both small and big enterprises, where he has developed an interest in commercial and management aspects. In his current work position, Francesco identifies and implements biocatalytic opportunities across the whole Early Chemical Development portfolio.

Lucia Gardossi is an organic chemist who devoted her research work to the perfectly optimized enzymatic machineries. She believes that “enzymes are the most efficient chemical laboratories at low environmental impact” but their full exploitation requires molecular and physical-chemical understanding. Thus, her research integrates experimental work with computational approaches. In the last decade her activities evolved from the study of biocatalyst for sustainable process innovation to the exploitation of enzymes for the production of renewable sustainable products. As a consequence, she is currently involved in EU working groups for the development of Bioeconomy and Bio-Based chemistry, where she combines the interest in sustainable chemistry with her passion for a science “in and for society”. Lucia has worked both in Italian and US Universities and funded a company in the field of industrial biotechnology.

Fahmi Himo was born in 1973. He did his undergraduate studies in physics at Stockholm University (1992-1995), where he also received his Ph.D. degree in 2000 (with Leif Eriksson and Per Siegbahn). He then spent two years as a Wenner-Gren postdoctoral fellow at the Scripps Research Institute (with Louis Noodleman) and three years back in Sweden as a Wenner-Gren Fellow at the Royal Institute of Technology (KTH). 2005-2009 he was assistant professor at KTH before he moved to his current position as professor in quantum chemistry at Stockholm University.

John W. Kozarich is widely recognized as a world-class biochemist, pharmaceutical scientist, biotechnologist and corporate leader. His manifold career has spanned academic, industrial, and business sectors and has held positions and received awards that attest to his impact in each of these areas. His primary research has been devoted to understanding the mechanisms of enzyme and drug action. The application of deceptively simple chemical ideas to solve deceptively complex problems in translational biomedical science has been a trademark of his approach. He currently is Distinguished Scientist at ActivX Biosciences and Chairman of two successful public biotech companies.

Since 2017 Maria is CEO of Zymvol Biomodeling, a startup specialized in computational enzyme discovery and design. She counts with over 15 years of experience as a researcher working at different Universities (Oporto, Edinburgh, Calabria, and Barcelona), a Research center (Barcelona Supercomputing Center – 9 years) and an enterprise (Anaxomics Biotech). Her expertize ranges from classical and quantum methods as well as entrepreneurship and management. Her ambition is to promote the use of computational tools in the development of new biocatalysts for applications in food, chemical and pharmaceutical industries.

Richard Miller currently leads the Biochemistry and Biophysics group at the Merck and Co., Inc. Boston, MA USA site. He earned a Ph.D. in Biochemistry and Molecular Biology with Dr. Dale Edmondson at Emory University and completed postdoctoral training in the laboratory of Dr. Michael Marletta at the University of Michigan. He then joined the Antibacterial Pharmacology group at Pfizer, Inc. and moved to Merck and Co., Inc. Boston, MA USA in 2009. There, he focuses on oncology and immunology projects and has led project teams producing multiple clinical stage molecules.

Bruce Palfey was born in an anthracite mine in Pennsylvania, spurring an interest in redox chemistry. At Penn State University he earned a BS in biochemistry while supporting himself singing opera. An MS at Drexel University in chemistry followed. Inhalation of methylene chloride revealed in the night sky three bright-yellow fused hexagons and a ghostly old man with a white goatee who said "In this sign shalt thou conquer." Bruce immediately moved to the University of Michigan for doctoral and post-doctoral work with Vincent Massey and David Ballou, eventually joined the faculty, and continues his studies on flavoenzymes.

D. Svergun, Group Leader and Senior Scientist at the European Molecular Biology Laboratory, Hamburg Unit, is an expert in small-angle X-ray scattering (SAXS), a method which reveals low-resolution (1-2 nm) structures of biological macromolecules and functional complexes in solution. His group leads the development of novel approaches for SAXS data analysis and interpretation, and runs a high brilliance SAXS beamline at Petra-3 synchrotron in Hamburg. Particular attention is given to the joint use of SAXS with other structural, biochemical, biophysical and computational methods for hybrid modelling to elucidate solution structures and transitions of proteins, nucleic acids and complexes.
He is author of over 500 publications.

Kai Tittmann is a structural and mechanistic enzymologist with keen interest in different enzyme families. He studied biochemistry at the Martin-Luther-University Halle, Germany, where he also obtained his PhD in 2000. His passion for enzymes was fueled during his PhD project, which focused on the mechanistic analysis of thiamine and flavin-dependent enzymes under the co-supervision of Gerhard Hübner and Sandro Ghisla. Since 2003, he has been an independent group leader at the University of Halle, where he started a vivid (and still ongoing) collaboration with visiting Professors Richard Schowen and Ronald Kluger. In 2003, he was a visiting scientist in the laboratories of Professor Frank Jordan at Rutgers University, New Jersey, US. He was also a Visiting Associate Professor at the Ben- Gurion-University of the Negev, Beer-Sheva, Israel, with Professor David Chipman. In 2008, he was appointed as Professor for Molecular Enzymology at Georg-August-University Göttingen, Germany, where he is still active. Since 2017, he is a Fellow of the Max-Planck-Institute for Biophysical Chemistry Göttingen, Germany. The central research topic of his group is the analysis of molecular reaction mechanisms of enzymes by ultra-high resolution X-ray crystallography conjointly with a rigorous functional interrogation. When possible, knowledge about the reaction mechanism is exploited to redesign enzymes for biocatalytic applications and for drug design. In 2012, Kai Tittmann and John Kozarich organized the TinE conference in Göttingen, Germany.

Cathleen studied Chemistry at TU Dresden (Germany) and received her PhD in Biochemistry/Biophysics from Heidelberg University (Germany) in 2014. She performed her doctoral studies in the field of structural and mechanistic enzymology at the Max Planck Institute for Medical Research in Heidelberg. In 2015, after a short project at University College London (UK), Cathleen joined the group of Professor Donald Hilvert at ETH Zurich (Switzerland) as a Marie Curie postdoctoral fellow. In 2018, she received the Ambizione grant of Swiss National Science Foundation to start an independent junior research group at ETH Zurich. Her research focuses on the design and directed evolution of novel enzymes.